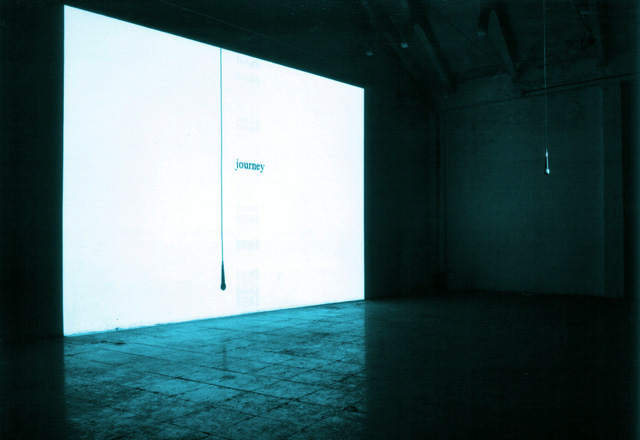 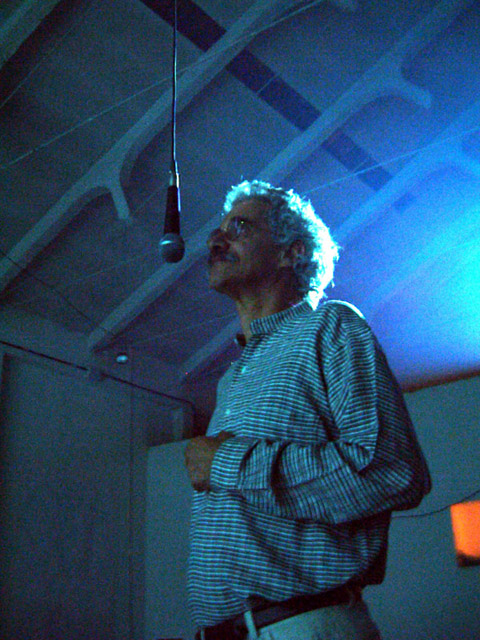 When a participant reads a projected word, rising from the bottom of the screen to its top, a custom program on a computer, connected to speakers and a projector, records this voice. Afterwards the program plays this voice at random and at the same time the read word appears on the screen in gray color and also rises to the top.
After the computer has recorded a lot of different words from many people, it plays their voices at random but rhythmically, so that sometimes words link to form a sentence. In this way people who do not know each other can connect via this system. 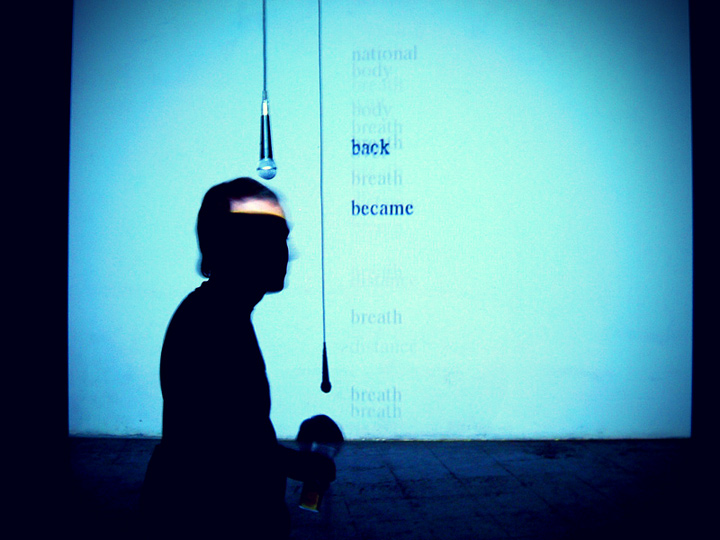 This work was carried out during an artist in residence program in Madrid. The institute I have stayed at is funded by the French Ministry of National Education, Higher Education and Research. Although it is in Spain, the official language is French, since many of the artists and scholars are from France. But there are also visitors from other countries and English was used in conversation with them.
Sometimes communication with people who are not native English speakers was hard for both me and them, but it was also interesting. On the one hand, people sometimes used the same word with a different meaning. Such problems in translation can be brought about by using a dictionary. On the other hand, people sometimes could understand each other easily if they used different words to express the same meaning. This experience became my creative theme for the work. I thought that a word may simultaneously carry two meanings, one that we share and another that we do not share. And it is not always necessary to use the “right” words to understand each other. 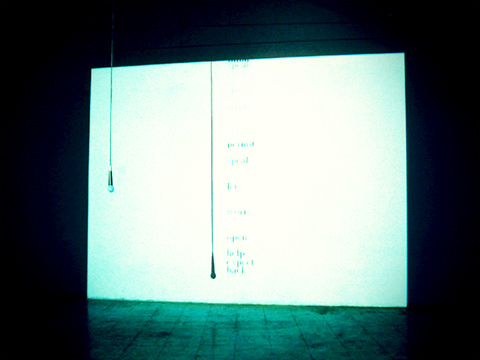 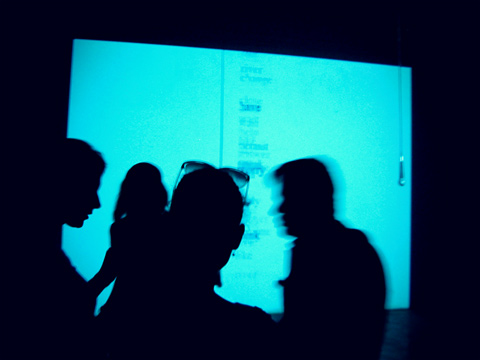